While they may unite to conquer in the name of Rome, every great family’s goal is to establish dominance over its rivals, usurp the Senate and cement its own power.

But each is only as strong as its army. Disciplined, well equipped and highly trained, the Roman legions are the anvil on which the empire will be forged. When led well, no force on Earth can resist them. 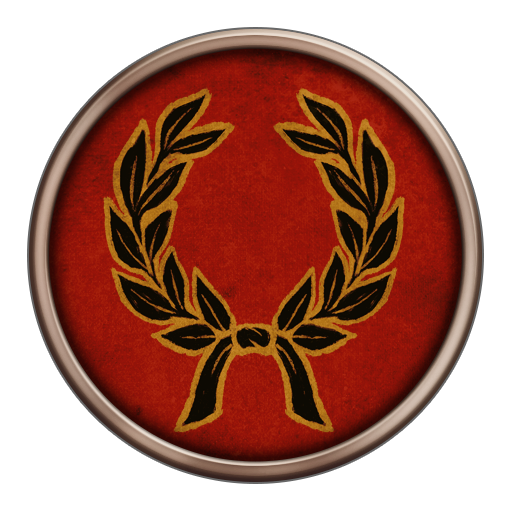 The House of Julii

A noble family which counts the great Caesar among its forebears, the House of Julii is tasked with repelling aggressive Gaulish barbarians. Should they succeed, an illustrious past will make way for a glorious future of enormous wealth, and unlimited power. 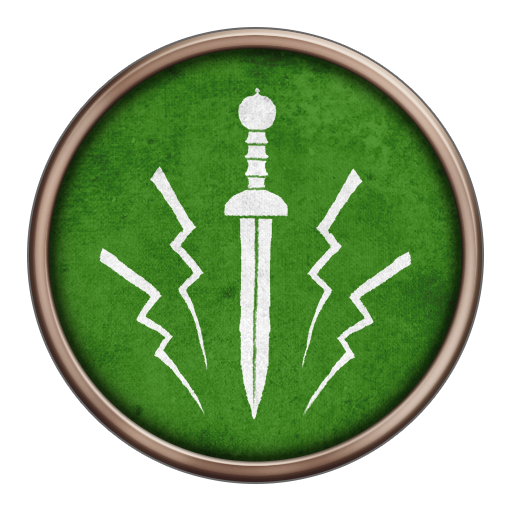 One of Rome’s founding families, the House of Brutii has often made its presence felt at critical moments. Their eastern campaign to subjugate the Greeks and Macedons aims to prove the superiority of Roman culture over the older Hellenic civilisation. 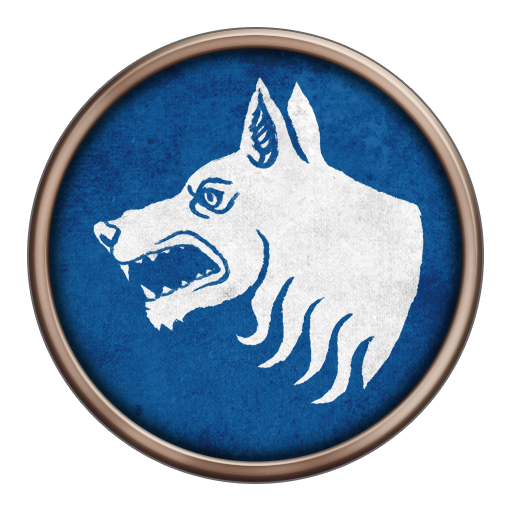 To the disdain of other Roman factions, the Scipii have a taste for Greek culture. From their lands in the south of Italy, their forces must cross the Mediterranean to confront the Carthaginians and prove themselves true sons of Rome. 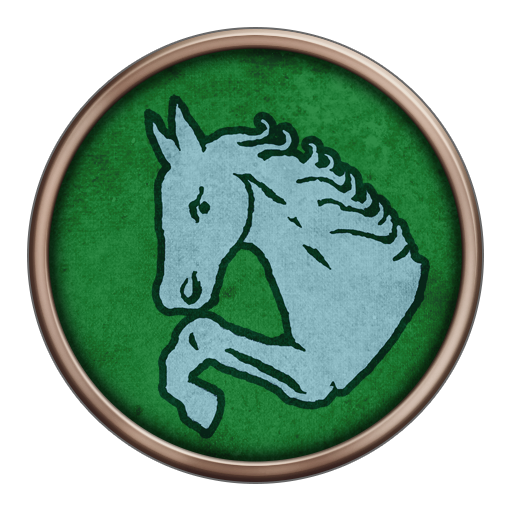 Hailing from Asia Minor, in the shadow of the Caucasus Mountains, the Armenians are surrounded by powerful enemies, and must repel both Parthia and Pontus if they are to reclaim their ancestral lands.

Trusting in the strength of their horsemanship, the Armenian army consists mainly of tough cavalry and mounted archers. 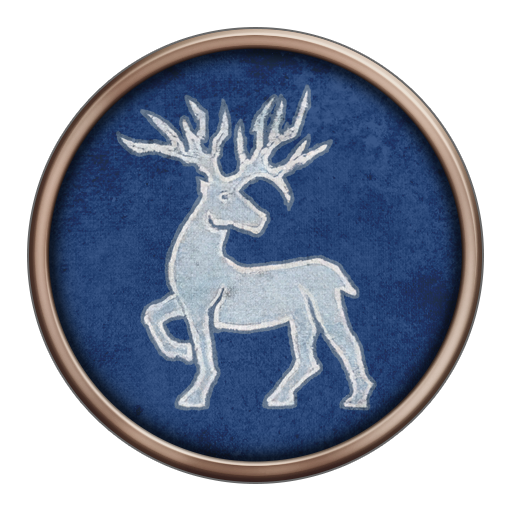 The proud and ancient tribes of Britannia benefit from well developed towns and strong trade. Their home island is a highly defensible base from which to expand their influence and test their mettle against other powers.

Britannia excels at breaking the morale of its enemies. A macabre bombardment from the Head Hurlers gives any advancing army pause, and the frenzied charge of woad-painted warriors strikes fear into even the hardiest Roman legionary. 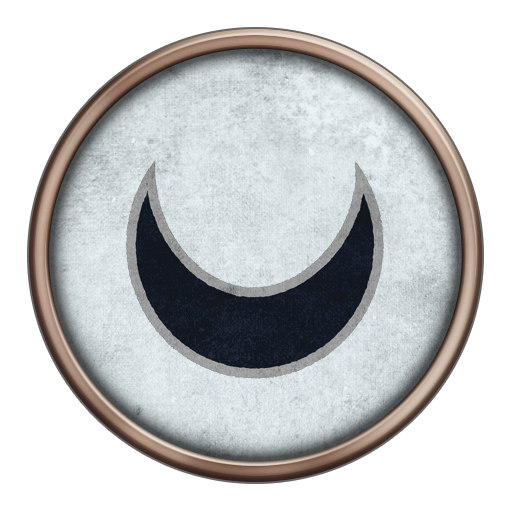 Masters of the sea and the souk, Carthage is a Phoenician trading colony that has outlived its founding culture to become a great city in its own right. Sited on a hill overlooking the southern shores of the Mediterranean, it attracts many of the ancient world’s great scholars, as well as merchants and their goods-laden caravans.

Carthage’s wealth affords its armies of versatile mercenaries, which may be used to exert power far beyond its base on the North African littoral, and even challenge the supremacy of Rome. 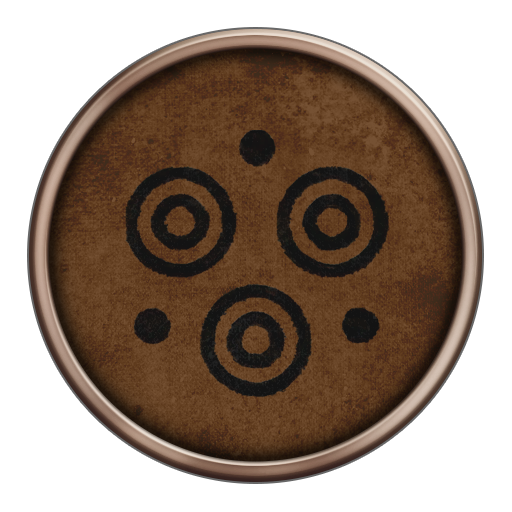 The Dacians have long barbarian traditions, but centuries spent on the borders of the civilised world has also influenced them. As a united people they have the organisation to match their expansionist aims, and now appear as a formidable threat to those same civilised neighbours who have for so long looked down upon them.

Many brave men have fled from skillful Dacian infantry wielding their infamous scythe-like falces. Their prowess in the art of siege warfare also makes them a patient and intimidating enemy when sighted from the walls of a settlement. 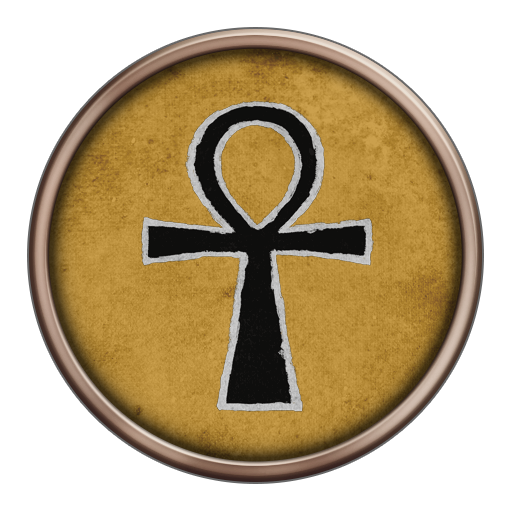 Once the crowning jewel of Alexander’s empire, the fertile farmland of the Nile delta is now ruled over by Ptolemaic pharaohs of Greek descent.

Like their forebears in Alexander’s conquering armies, the Egyptians rely on tight phalanxes of Nubian spearmen to resist charges and bog down infantry, before using powerful chariots to crash through enemy flanks and rout the opposing troops. 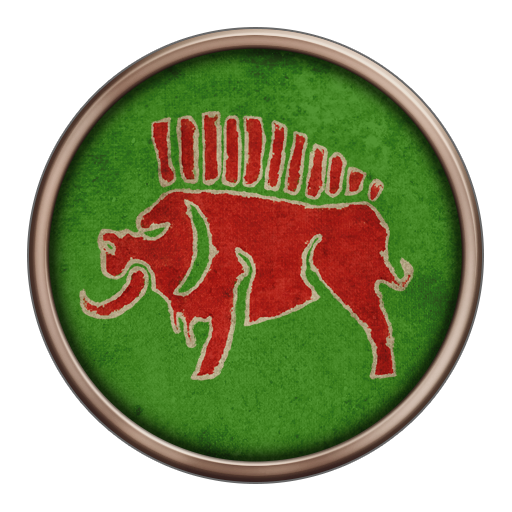 A sprawling confederation of barbarian tribes, the Gauls are an ancient and sophisticated culture. Their talented metalsmiths are the equal of any of their civilised neighbours, well able to equip a fierce fighting force that poses a serious threat to Rome’s continued expansion.

Gaul’s glory-hungry warriors fight on foot with sword, spear and fury (and occasionally without clothing). Their Forester Warbands are as adept at hunting Romans as they are at hunting game. 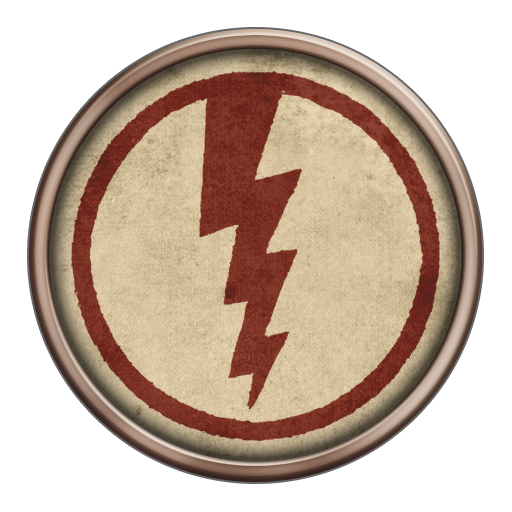 Begetters of democracy, exemplars of Mediterranean culture, and rulers of a once-mighty empire, but years of decline have seen the Greeks reduced to a small confederation of city states. Yet, the blood of the Athenians still runs through their veins, and another glorious chapter of Greek legend may remain to be written.

From afar, their siege artillery and Cretan archers can be devastating, performing best when protected by a spearwall of armoured hoplites and light javelin infantry. 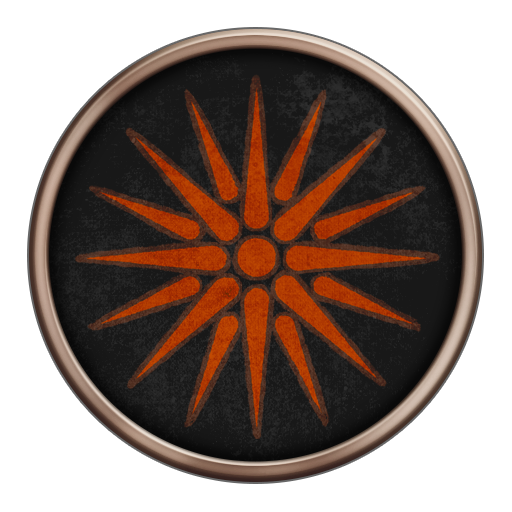 Homeland of Alexander the Great, Macedonia has a fearsome military tradition forged by his legendary conquest. The empire may have fallen apart, but Alexander’s successors remain proud, battle-ready and hungry for glory.

Through judicious use of disciplined and well-armoured pike formations, capable cavalry and devastating siege engines, the Macedonians could yet embark on another great military adventure. 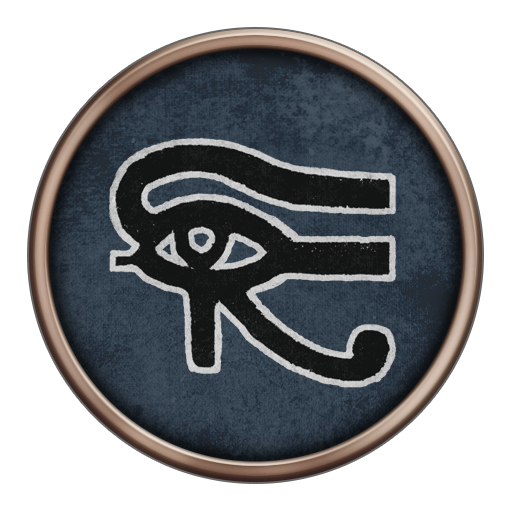 A powerful Berber tribe occupying swathes of northern Africa, the Numidians have a long history of trade with the Phoenicians. However, as their neighbours seek to expand they must contend with both Egypt and Carthage if they are to avoid being crushed like so much wheat between the millstones.

To do so they rely on their unrivalled horsemanship. Charging into battle without saddle or reins, Numidian cavalry manoeuvres with the grace of a flock of birds and deserve their reputation as the finest of light cavalry. A fiercely independent, nomadic people, the Parthians are now settled on the south-eastern shores of the Caspian Sea. The neighbouring Seleucid Empire has often claimed dominion over their lands, and their demands are the biggest obstacle to Parthian glory.

The prime location of Parthia on the lucrative east-west trade route allows them to maintain heavily armoured cataphracts. These fierce cavalrymen are capable of breaking even the toughest infantry. 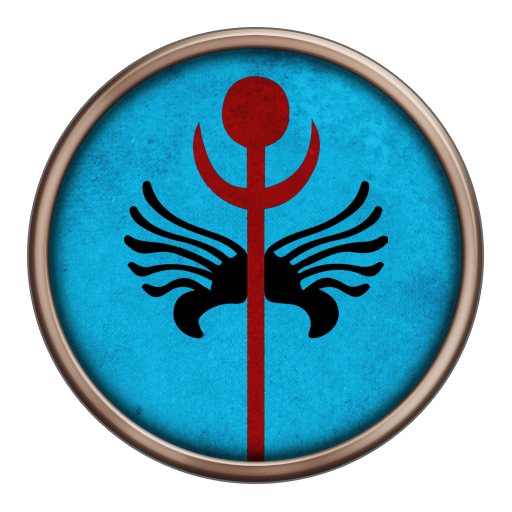 While occupying lands which once formed part of Alexander the Great’s empire, the Pontic rulers do not hail from the ranks of his former generals. Pontus’ first king reaped seeds sown amid the chaos of the empire’s collapse, taking the Black Sea coast not with an army, but with just six horsemen.

The Pontic army is influenced by the martial styles of both Persia and Greece, employing both heavy spear phalanxes and scythed chariots to great effect. Their javelin-armed cavalry is also robust enough to charge into melee once skirmishes give way to hand-to-hand combat. 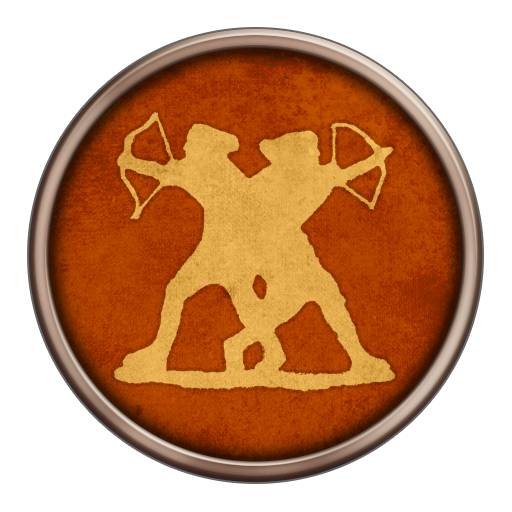 Fierce nomads of the open steppe from the Black Sea’s northern coast, Scythian warriors live in the saddle and are feared for their mounted archery. Making no distinction between male and female and expecting no quarter, their Head-Hunting Maidens have earned in blood their place on the battlefield.

Skirmish tactics are essential in steppe warfare, and the lightning-fast, fiendishly accurate Scythian horse archers are unmatched in this regard. Able to fill the air with deadly arrows while keeping distance from infantry, they make for a difficult foe. 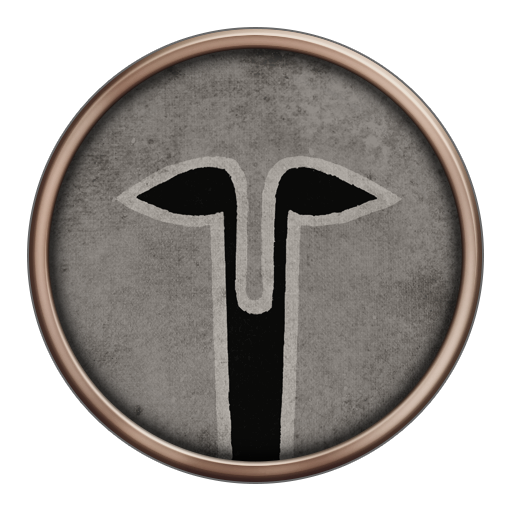 Amid the collapse of Alexander’s empire, his lieutenant Seleucus carved out his own kingdom among the ancient cities and farmland along the Tigris river. The great wealth of this region, coupled with the martial expertise of its leaders has given rise to a Greco-Persian powerhouse.

To contend with their many strong neighbours, the Seleucids have a vast array of troops combining the best of Greek and Eastern traditions into a versatile and very capable force. 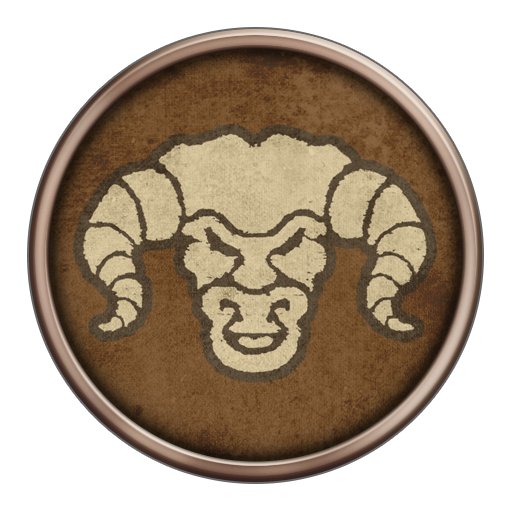 Influenced culturally by both the Celts and Carthage, the disparate tribes of Iberia have fought long and hard for control of Europe’s southwestern peninsula. Facing Roman and Carthaginian invaders, the Iberians must put aside their differences and unite to defeat such highly organised armies.

Their hybrid culture gives rise to armies of heavy infantry and light skirmishers, but it is the Scutarii who are Spain’s staunchest defenders. These heavily armoured shock troops invented the tactic that Roman legions later made famous – throwing a hail of javelin into an approaching enemy before charging forward with short swords drawn. 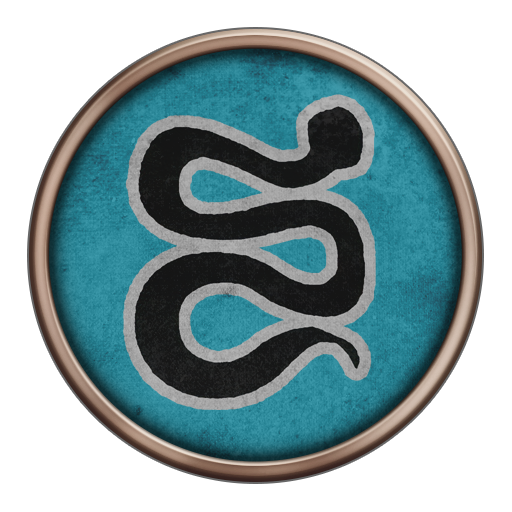 Herodotus described the Thracians as the second-most numerous people in the world, and potentially the most powerful. This hardy race has spent centuries under foreign rule, but if the tribes of Thrace can band together there are opportunities for spoils far beyond their Black Sea home, and a chance to prove Herodotus right.

Militarily they mix Greek and barbarian influences into a versatile, infantry-led army. Their most feared troops come from the Bastarnae tribe; armed with cruelly curved swords, their dauntless warriors are capable of severing limbs in a single blow.