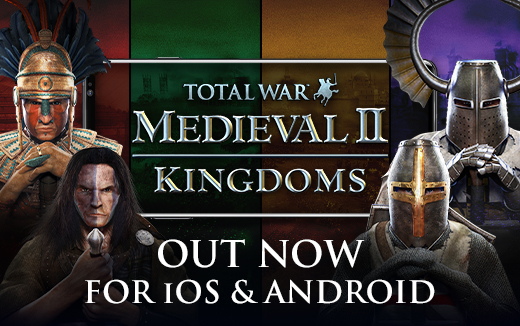 Take command of 24 playable factions, with 14 unique to Kingdoms and 10 familiar favourites returning to the fray. Each campaign offers enormous replayability thanks to its expanded roster of unique units and bespoke new mechanics to master.

Simply update MEDIEVAL II to the latest version via the App Store or Google Play Store. Next time you load the game you’ll be greeted with the brand new launcher, offering you the chance to grab all four Kingdoms campaigns for a single in-app purchase of $6.99/ €7.99/ £5.99.

For more information about the expansion and each of its campaigns, head to the minisite.

From the deserts of the Levant to the dense jungles of the New World, new conquests await… Download Total War: MEDIEVAL II – Kingdoms today!