For the very first time, the Total War series enters the realm of grand high fantasy. How does this affect the legendary gameplay we know and love?

The fantastical setting of WARHAMMER has featured in the Warhammer Fantasy Battles tabletop games for over three decades. Throughout that time, the lore of the Old World has grown into something extraordinarily rich. And it is to Total War: WARHAMMER what real history is to other Total War games; it sets the scene, shaping the backdrop to your campaigns, while maintaining consistent parameters for the world you must conquer. 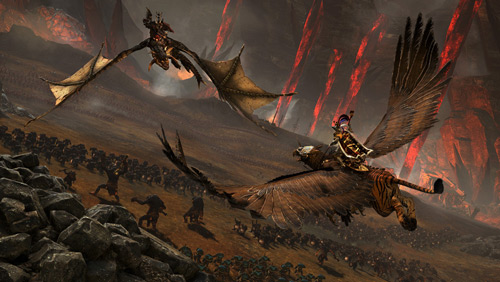 In Total War: WARHAMMER, magic is a key weapon that should be employed to great effect. To do so you must harness the Winds of Magic, which blow through the rifts between realms and constantly shift around the world. Where the winds blow strongest, the magic is at its most potent, but its supply is always limited so finding and harnessing before your enemies is vital. 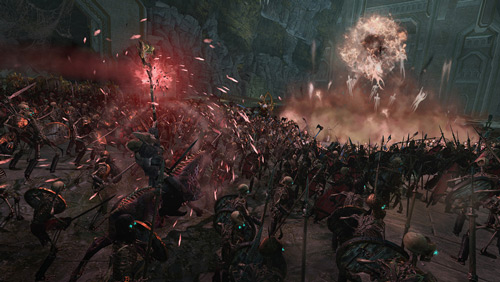 Monsters have been unleashed in Total War! The battlefields echo to the swoop and roar of dragons, the bellowing of giants and the thundering hooves of outlandish cavalry. Much like the war elephants in ROME: Total War, these fearsome creatures can sway the tide of battle even in the most desperate situations. 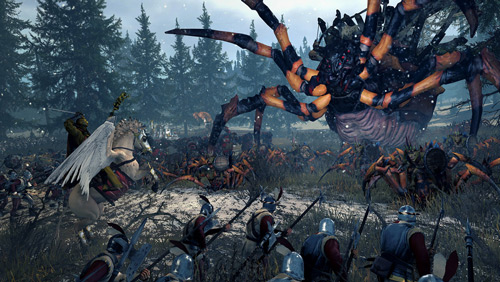 Choosing your faction will be one of the biggest decisions you make in Total War: WARHAMMER, as each has a very different play style. The hardy Dwarves lack magic, but have access to the most expansive technology tree. The vicious Greenskins are obsessed with combat, so if you choose them, plan for non-stop warfare. The horrifying Vampire Counts have a unique military advantage: almost limitless manpower as they resurrect the dead to instantly reinforce their armies with zombies and skeletons. Last but not least, the human confederacy of the Empire is the most balanced faction, and the perfect gateway for veterans of Total War transitioning into the fantasy world of Total War: WARHAMMER. 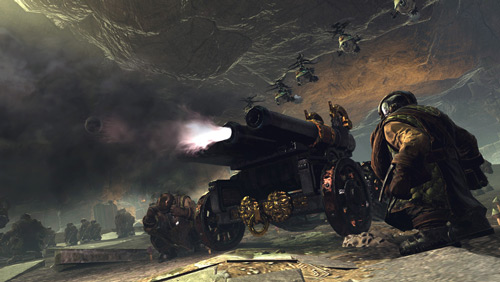