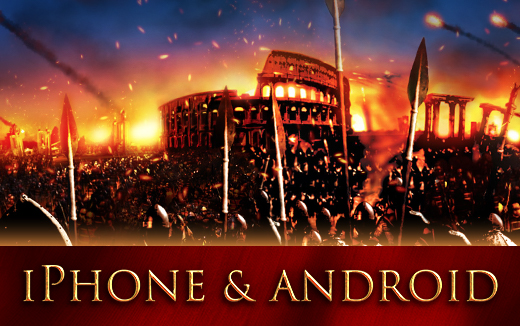 Make 2019 the year your military ambitions are fulfilled on mobile with Barbarian Invasion, the imperial expansion to ROME: Total War.

Barbarian Invasion brings the action into the final years of the Empire. Take up arms to defend Rome, or lead the forces striving for its destruction.

Barbarian Invasion will be released on iPhone followed by Android.

If you already it on iPad, you will be able to download the iPhone version free.