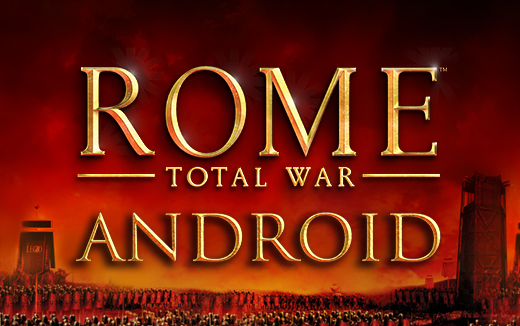 A joyful Saturnalia in prospect for Android with ROME: Total War

Creative Assembly’s classic game of epic tactics and massive battles is marching on to Android this winter.

It will be released in North America, Europe, Australia and some Asian territories, and supported on a limited range of devices. More information on territories and devices will be available closer to release.

Experience the full glory of ROME: Total War on your Android device, with a host of features designed specifically for mobile gaming. Build and rule the ancient world’s most powerful civilisation over a span of three hundred years, from the late Roman Republic to the early Roman Empire.

ROME will be a premium app available from the Google Play Store and Samsung Galaxy Apps store.