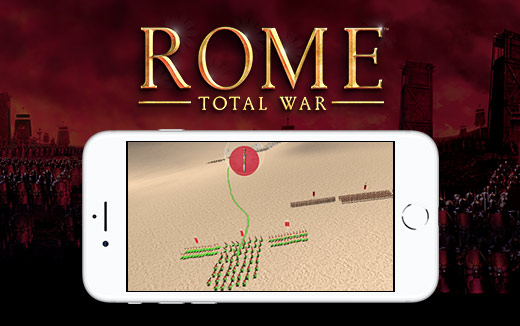 Managing the battle UI in ROME: Total War for iPhone

ROME: Total War allows commanders to show their military genius with a plethora of commands and manoeuvres in huge battles. That can require a lot of UI taking up a fair bit of screen space on smaller devices.

In the upcoming iPhone version of the game, the battle UI can be hidden so you can focus on the fray. It will automatically slide out of view while you draw paths and make selections, or can be turned on and off with a simple two finger screen tap.

Rome wasn't rebuilt in a day… but you can enjoy its construction. Over the coming weeks, expect further reveals of ROME features being developed for the iPhone.