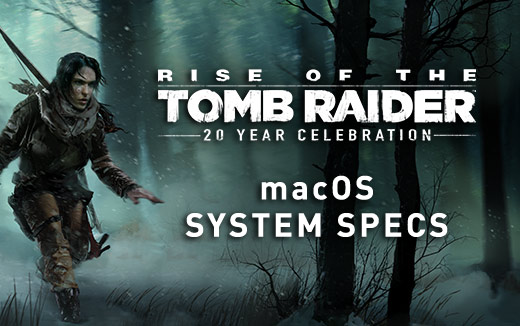 macOS specs for Rise of the Tomb Raider unearthed!

For the codex on Rise of the Tomb Raider, pore over the minisite.