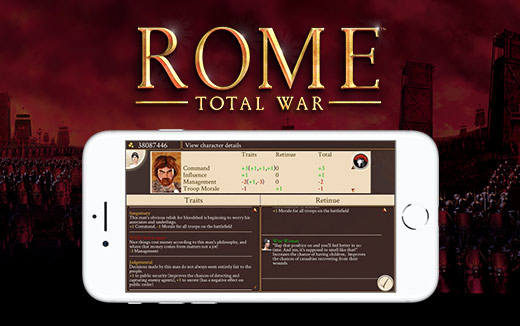 In ROME: Total War, Generals, Spies, Diplomats, Assassins and Admirals all accrue Traits and Retinues that have good and bad effects on their behaviour, and thus your performance in the game.

For ROME on iPhone, we have redesigned the character screen to give you easy access to all the key info on Retinues and Traits.

For more sneak peeks, scout out the early screenshots comparing ROME across devices.