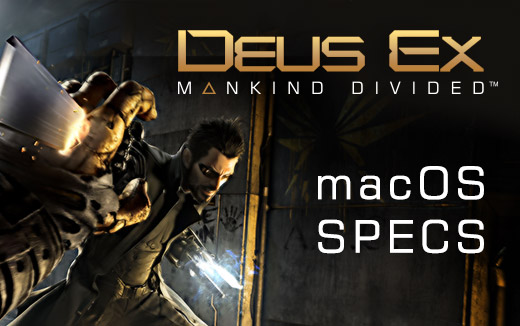 Can you match the ultimate augmented agent?

To run Deus Ex: Mankind Divided you will need a 3GHz Intel Core i5 processor running macOS 10.13.1, 8GB RAM and a 2GB AMD Radeon M290 or better. The game is supported on all these Macs:

Deus Ex: Mankind Divided will be released for macOS on December 12th.