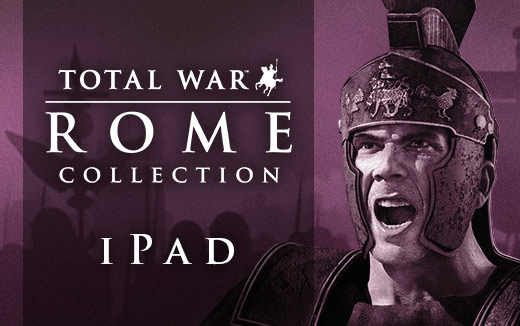 Last November, ROME: Total War brought epic tactics and massive battles to iPad. The intervening twelve months have seen successful releases of its expansions Barbarian Invasion and Alexander. To mark the first anniversary of this landmark debut, all three games are now available in a single exhilarating bundle – the ROME: Total War Collection.

If you already own part of this bundle then complete it by simply paying the difference between the bundle price and what you have already paid.

Onwards, for the glory of Rome!