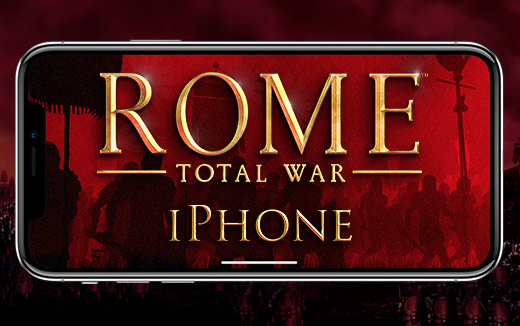 The ancient world in your pocket — ROME: Total War razes a path to iPhone

Last autumn, ROME: Total War made a game-changing move to mobile with an epic launch on iPad. This winter, before the Ides of March, that strategy bears further fruit as the classic game of conquest and diplomacy plants its Eagle Standards firmly on iPhone.

Just as for the iPad, ROME: Total War on iPhone will be the full experience, with a slew of features designed specifically for phone, from a redesigned user interface to enhanced touch controls.

The die is cast. War is coming to iPhone.