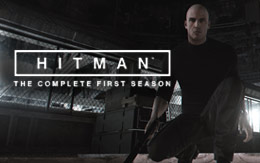 To play HITMAN on 20 June, you will need a killer instinct and an AMD graphics card.

The full system requirements are:

The game is supported on the following Macs:

The following Macs are capable of running the game but do not consistently meet the standards required for official support:

To check your Mac model and when it was released, select About This Mac from the Apple menu on your menu bar. To identify your graphics card, read our guide.