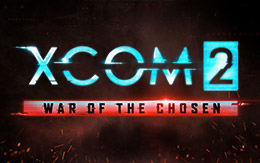 Soon the real war begins with XCOM® 2: War of the Chosen for macOS and Linux

War of the Chosen, the expansion to 2016 strategy game of the year XCOM 2, will be released for macOS and Linux shortly after Windows.

War of the Chosen adds extensive new content in the fight against ADVENT when additional resistance factions form to eliminate the alien threat on Earth. In response, a new enemy known as the “Chosen” emerges with one goal: recapture the Commander of XCOM. The expansion includes new Hero classes to counter the “Chosen”, new enemies, missions, challenging environments and increased depth in strategic gameplay.

Watch the trailer for inspiring shots of the resistance in action, then report to the minisite for a full briefing.

Please note: you must own XCOM 2 in order to play the expansion.