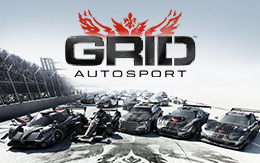 New ETA for GRID Autosport, coming to iOS and Android

Hey mobile racers. We know you’re looking forward to GRID Autosport on iOS, and so are we.

Now for the frustrating bit: we are delaying the release of GRID Autosport for iOS until autumn. This is about three months later than we had originally planned; apologies to all of you who have been waiting for this tasty slice of console-quality racing on mobile.

We need the extra time to hone the UI and improve the performance of GRID Autosport to the level that we believe a premium mobile game deserves. We’ll have more to share on GRID Autosport for iOS soon, so keep an eye on our Facebook and Twitter feeds for further updates!

We know that many of you have been asking if GRID Autosport will be coming to other mobile platforms. With that in mind, we’re pleased to announce that we’ll also be bringing GRID Autosport to select Android devices later this year.