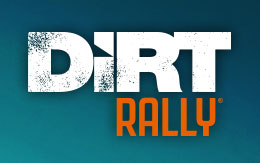 On 2 March, DiRT Rally takes Linux to the edge

Challenge yourself to the most authentic rally game ever made with DiRT Rally, coming to Linux on 2 March.

Push yourself and your car to extremes of control in Hillclimb, Rallycross and Rally races as you hurtle at breakneck speeds down the most dangerous tracks in the world.

To get a taste of the thrills ahead, watch the trailer for DiRT Rally.