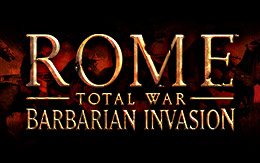 Three centuries after the campaigns of ROME: Total War, the all-conquering Roman Empire faces a day of reckoning with the belligerent hordes menacing its frontiers.

Play out the final years of the Empire as a Barbarian commander determined to bring it down, or take up arms as a Roman General and extend its civilization into a glorious new epoch.