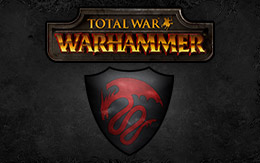 Races of the Old World – command the Vampire Counts in Total War: WARHAMMER

There are four formidable races in Total War: WARHAMMER, each with its own radically different play style, units, characteristics and abilities. Will you enter battle as The Empire, Dwarfs, Greenskins, or Vampire Counts?

In the forsaken lands of Sylvania, the Undead battalions of the Vampire Counts gather. The presence of the living dead is a corruption upon the face of the world, and as they expand their holdings, the very land they occupy is transformed. Their advance is heralded by encroaching mists no wind can displace, trees twisting and buckling as though in agony, and a gathering darkness of supernatural perpetuity.

All tremble before the unliving masters of Sylvania, for they are a blasphemy against nature and reason. Those that attempt to stem their relentless onslaught will soon learn that there are fates in this world that are worse than death.

The horrifying Vampire Counts have a unique military advantage: almost limitless manpower as they resurrect the dead to instantly reinforce their armies with zombies and skeletons.

Watch the trailer below for a closer look at the undead Vampire Counts. To learn more about the races, regions and perils of the Old World, visit the Total War: WARHAMMER minisite.