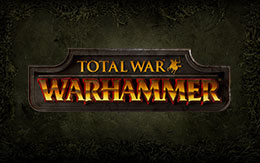 Conquer this world with Total War™: WARHAMMER®, coming to Mac and Linux in the autumn

Later this year, as summer wanes and autumn approaches, a strategy game of legendary proportions will raise its banner on the Mac and Linux platforms. Total War: WARHAMMER brings the Total War series to the realm of grand high fantasy.

Unleash nightmarish monsters and legendary heroes onto the battlefield alongside thousands of men and beasts clashing in real-time tactical battles. Harness storms of magical power and take to the skies with flying creatures, from terrifying wyverns to ferocious griffons.

While we prepare our forces, stay posted on Twitter and Facebook. The Old World echoes to the clamour of ceaseless battle.