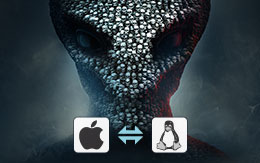 4 February 2016
This offer has now expired. Keep an eye out for more offers by subscribing to our RSS feed and following us on Facebook and Twitter.

Feral has today revealed that XCOM 2 will support cross-platform multiplayer across Mac, Linux and Windows.

Cross-platform multiplayer is available for the Steam version of the game, enabling Mac and Linux gamers to challenge their Windows PC counterparts.

In XCOM 2's Multiplayer mode, players can build a squad consisting of Resistance, ADVENT and alien forces and then go head-to-head against Commanders all over the world.

XCOM 2 is out for Mac and Linux on Steam on February 5th and will be available on the Mac App Store soon.