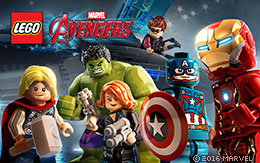 The best-selling LEGO Marvel videogame franchise has returned to the Mac with LEGO Marvel's Avengers.

Visit the Feral Store, Steam and the Mac App Store to play as Earth’s mightiest heroes in their quest to save the world. Avengers Assemble!