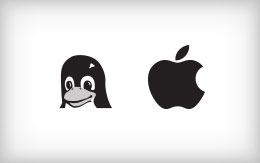 We’re happy to confirm we will be bringing Batman: Arkham Knight, GRID Autosport and Company of Heroes 2 to SteamOS, Ubuntu and OS X.

Batman: Arkham Knight is the explosive finale to Rocksteady’s Arkham trilogy, in which Batman must save the city he is sworn to protect from Scarecrow’s diabolical plan. As Batman, players will deploy gadgets, drive the Batmobile and face off against a fiendish lineup of super-villains in an open-world Gotham city.

GRID Autosport immerses players in the thrilling world of professional motorsport with a huge career mode that spans 22 spectacular locations around the world. As they master touring cars, endurance vehicles, prototypes and more, players will battle for position in ferocious races where every pass counts.

Company of Heroes 2 is a real-time strategy game that challenges players to become a commander of the Soviet Red Army on the Eastern Front in 1941. Players will master intense tactical combat as they engage in frontline warfare from Stalingrad to Berlin.

We’ll bring you more information about the games later in the year.