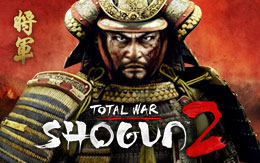 Yours for the taking - Total War: SHOGUN 2 for Mac is out now

The reign of the old shogun is over, and the time has come for a new leader to take his place. As the head of one of nine clans battling for dominance over 16th century Japan, that leader could be you.

Uniting Japan will be no easy task, so further your understanding at the Total War: SHOGUN 2 minisite.

Total War: SHOGUN 2 is a Creative Assembly game, developed and published for the Mac by Feral Interactive.

*The Mac App Store version of the game does not contain multiplayer.