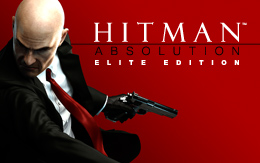 PRIORITY 1A ALERT: A unique breed of stealth-action gameplay is approaching the Mac for the first time in Hitman: Absolution - Elite Edition.

All previously released additional content will be included in Hitman: Absolution - Elite Edition, including Hitman: Sniper Challenge, a standalone mission where operatives will engineer a long-range hit using only their sharp-shooting abilities to pull off audacious kills and cover their tracks.