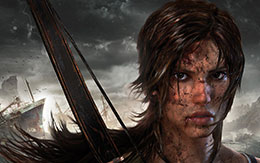 A survivor is born: Tomb Raider coming to Mac on January 23rd!

Get ready to play Lara Croft’s origin story - Tomb Raider will be released for the Mac on January 23rd!

After her research expedition goes wrong, a young Lara Croft is forced into a brutal battle for survival that will change her forever. Trapped on an uncharted island and pursued by its murderous inhabitants, Lara must overcome extraordinary obstacles to save herself and escape the isle’s many perils.

Be there for the birth of an icon by pre-ordering the game from the Feral Store, and be sure to check out the Tomb Raider minisite for game information, media and system requirements.