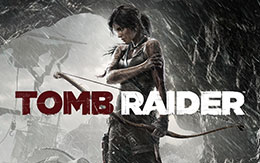 Lara Croft sets her sights on the Mac

“I'd finally set out to make my mark, to find adventure. But instead, adventure found me.”

When a young Lara Croft sets off in search of a lost island, she gets more than she bargained for when shipwrecked on its hostile shores. Lara soon learns that she’ll need to be more than just an enthusiastic adventurer if she’s to uncover the island’s terrible secrets, save her friends and escape with her life.

The gripping story of Lara’s evolution from amateur explorer to battle-hardened survivor will arrive on the Mac later this year in Tomb Raider, the acclaimed series reboot.

While the game is fast approaching, we’re still scouring our charts for the location of the minisite. We’ll send up a flare when we find it.