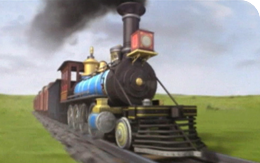 We’re chuffed to announce that Sid Meier’s Railroads will be steaming on to the Mac later this year.

Sid Meier’s Railroads is a compelling combination of business simulator and virtual train set that captures the timeless pleasure of building your own model railway. It’s a bold re-imagining of the legendary Railroad Tycoon (1990), the game that launched the “tycoon” genre.

Trains are now leaving for the Sid Meier’s Railroads! minisite, where you can learn all about the game and the history of the Railroad Tycoon series, so pack your bags and head to the station!