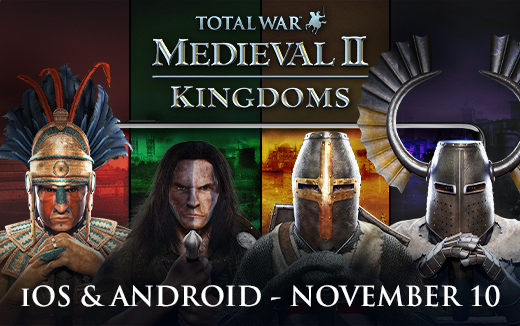 • Americas: As soon as their ships make land on the shores of the New World, the Conquistadores begin to exploit Mexico’s riches in the name of the Spanish king. But, fuelled by the fury of their warlike gods, the native Aztec, Mayan and Apachean factions defy the invaders at every turn.

• Britannia: English dominance of the British Isles comes under threat in a brutal five-way power struggle. With old rivals resurgent, internal enemies emboldened and occupied lands in rebellion, the forces of the old order will be tested to the limit.

• Crusades: The struggle of European rulers to maintain their footholds in Jerusalem and Antioch precipitates a new clash of Christian and Islamic armies for control of the precious Holy Land.

• Teutonic: As the last bastion of the old gods, Lithuania attracts the unwelcome attention of the Teutonic Order. These ruthless German knights fight to erase paganism from the Baltic lands, but will be met with fierce resistance.

Still haven’t tried MEDIEVAL II on mobile? Get the base game today on iOS or Android.