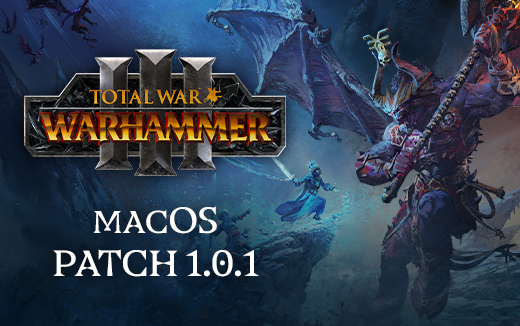 Muster your armies! The latest update to Total War: WARHAMMER III is now available via Steam for players on macOS.

This patch introduces new, elite Regiments of Renown troops to dominate the battlefield, alongside auto-resolve fixes for key campaign issues, numerous improvements to unit responsiveness in battles, tech tree updates and many more fixes across both campaign and battle gameplay.

Find a full list of changes over on the Steam forums, or launch Steam to begin the download now.