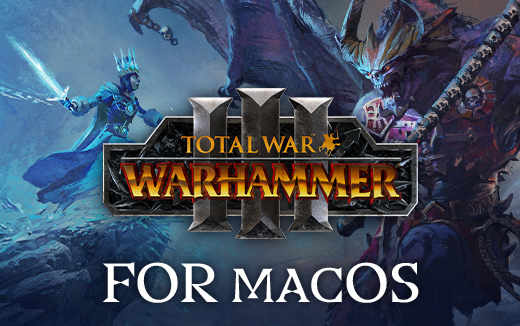 Total War: WARHAMMER III, the captivating conclusion to the WARHAMMER trilogy, releases for macOS on May 5th.

Four Ruinous Powers seek to slip their bonds, swarming from the Realm of Chaos to engulf the world in a tide of daemonic corruption — with only the Tzardom of Kislev and the Empire of Grand Cathay to stand in their way.

Direct the forces of darkness or defeat them, in a story-driven campaign where empires will rise and fall across a world of breathtaking scale and spectacle.

Head to Steam for the full list of supported Macs and system requirements.

Pre-purchase Total War: WARHAMMER III today to jump right into the action when the game launches on May 5th: https://store.steampowered.com/app/1142710/Total_War_WARHAMMER_III/.