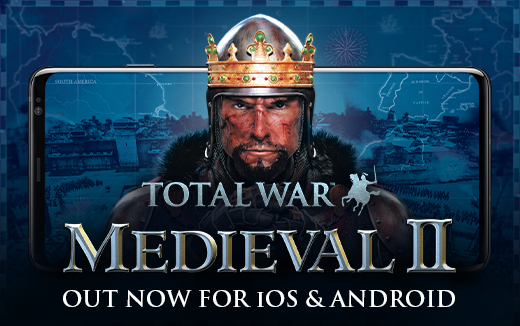 The wait is over, and the age of chivalry is here. Total War: MEDIEVAL II is out now on iOS & Android!

One of strategy gaming’s most beloved classics is now optimised for mobile — putting four centuries of conquest in the palm of your hand.

Featuring seventeen playable factions, exacting turn-based empire-building, and enormous real-time battles — mastery of the medieval world is yours for the taking.