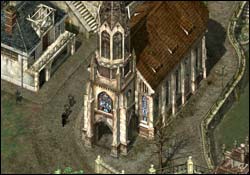 3 June 2005
Great News! Commandos Battle Pack is now shipping everywhere. The launch has been greeted with the first review - fullmarks to MacFormat, the UK magazine for getting its retaliation in first.

Gentlemen, you have been warned.