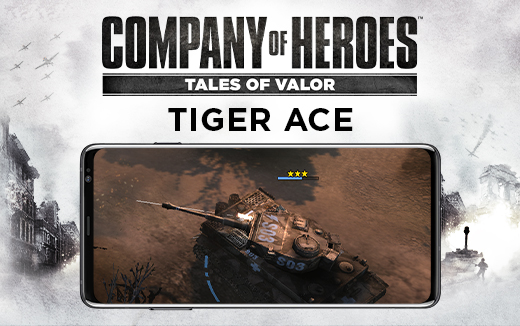 Tanks for the Memories — Tales of Valor Spotlight on Tiger Ace

In the Tales of Valor expansion for Company of Heroes, take the helm of the dreaded Tiger Tank 205 in the Tiger Ace campaign.

Centred around the Battle of Villers-Bocage, lead Major-General Voss and his crew in repelling an ambitious assault by the British 7th Armoured Division. Should you fail, the Allies will advance to surround the nearby city of Caen, pressing their invasion of German-occupied France.

Using Tales of Valor’s new ‘direct fire’ mode, control the Tiger’s deadly 88mm main gun and reduce the British armour to so much smouldering wreckage, earning combat-valuable upgrades to both tank and crew.