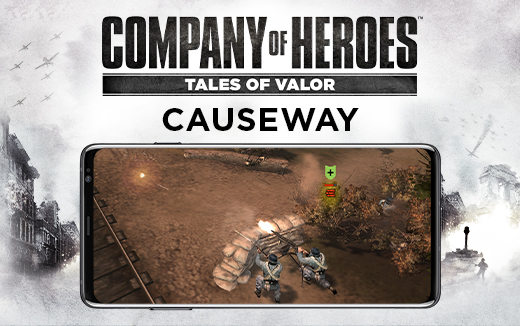 The Birth of a Hero — Tales of Valor Spotlight on Causeway

For the 82nd Airborne, the Normandy landings were just the beginning.

The capture of the La Fiere causeway was a key milestone in the liberation of occupied France. It allowed the Allies to capitalise on their momentum from the landings, and put the Wehrmacht firmly on the defensive.

From the first disastrous airdrop to a final, climactic assault, Causeway shows the difference one man can make, and tells a tale of true valor.