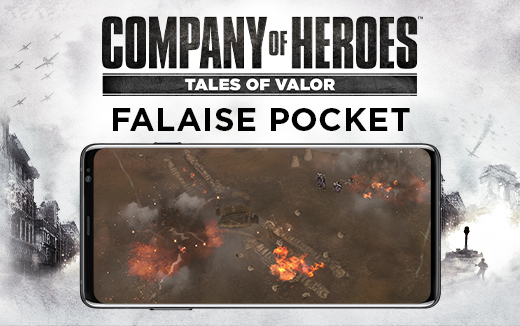 For the Allies, the Battle of Normandy hinged upon encircling the German 7th Army. With the capture of the towns of Chambois and Trun, closing the Falaise Pocket, the Germans were trapped, their last escape route cut off.

Company of Heroes showed the Allies closing the pocket at Chambois, but Tales of Valor flips the perspective, putting you in command of the Wehrmacht and their desperate defence of Trun.

In this campaign, you must make the Allies pay dearly for every inch of ground. Your mission is to keep the Falaise Pocket open long enough to evacuate as many Wehrmacht troops as possible – the defence of the Fatherland will require every man capable of shouldering a weapon...