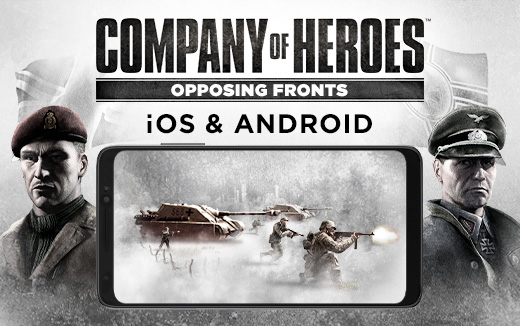 Our scouts in the field report that the eagerly-anticipated Company of Heroes Opposing Fronts expansion will be available as an in-app purchase from 13th April.

The Opposing Fronts expansion also unlocks the British 2nd Army and Panzer Elite for use in replayable Skirmish battles against the AI, adding new ways to dominate your enemies and command the battlefield.

Company of Heroes is available now on the App Store and the Google Play Store. If you already own the game, update to the latest version on April 13th and take the field on the Opposing Fronts, available for $3.99/£3.99/€4,49 via in-app purchase.