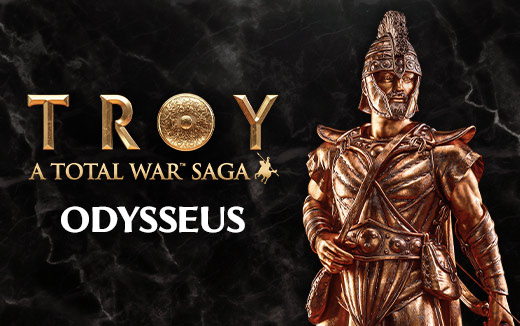 Meet the legends of TROY - Odysseus

The shrewd and resourceful ruler of Ithaca is an accomplished seaman and master of subterfuge. Believing that the path to victory lay through stealth rather than head-on attack, clever Odysseus masterminded the ruse of the Wooden Horse which brought the downfall of mighty Troy.

As Odysseus only you can deliver this gift from the gods and bring down the great city from within. Through subtle influence and cunning intrigue, move from the periphery to take centre stage in this epic conflict.