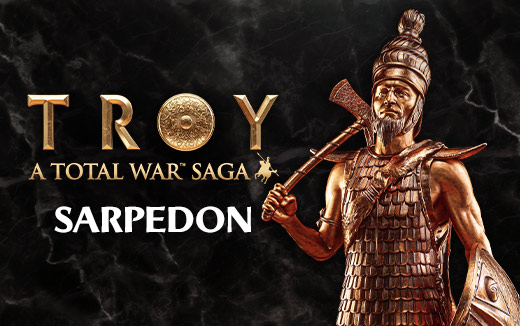 Meet the legends of TROY - Sarpedon

Said to be a son of Zeus, king of the gods, Sarpedon of Lycia is revered on both sides of the Aegean Sea. His renown as a mighty warrior and wise leader inspires fear in his foes and gives courage to his men and their Trojan allies.

In the coming war the Lycians stand to gain much from both trade and conquest. Sarpedon seeks and stockpiles that which others overlook: Celestial Iron, Minoan Relics and White Granite can all be used to grant his people great benefits.

As a master merchant, take advantage of the coming chaos. Establish monopolies over vital resources and use the proceeds to raise a mighty army capable of resisting the vengeful Achaeans.