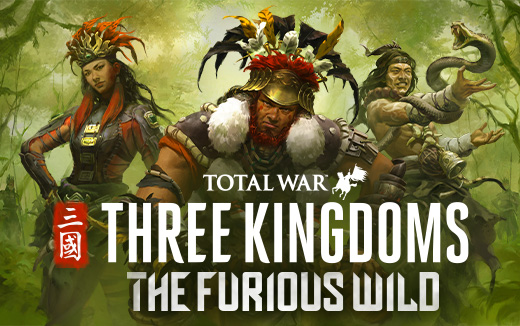 The Furious Wild expansion is unleashed on macOS and Linux

From the jungles fringing the Empire’s southern border emerge the warrior tribes of the Nanman. Should they rally under a single banner, it could spell the end of the reign of the arrogant northern warlords.

A distinctive culture, the Nanman, takes the stage in ancient China’s most turbulent period, with unique heroes, research tree and art.

Campaign in the dense and dangerous jungles of southern China, in Total War: THREE KINGDOMS’ first ever map expansion.

Command one of four new factions, each with distinct warlords, strategies and mechanics.

Terrorise your enemies with over 25 new units, including ferocious tigers and thundering elephant-mounted warriors.

The tribes must unite. Seize The Furious Wild DLC from the Feral Store or Steam today.