Alien: Isolation – The Collection contains all DLC previously released for the game:

Crew Expendable and Last Survivor are individual missions set aboard the Nostromo, the setting of the 1979 film Alien.

Brett and Kane are dead and it’s now down to you as Dallas, Parker or Ellen Ripley to find a way to isolate the Alien and overcome the terror that confronts you.

Play as Ellen Ripley in the final mission on board the Nostromo. The rest of the crew is dead, and to survive you must set the ship’s self-destruct mechanism and reach the escape shuttle, leaving the Alien behind.

Corporate Lockdown, The Trigger and Trauma each include 3 maps for the time-based challenges in Survivor Mode. Each pack also contains a new playable character with a unique loadout, enabling you to try out different approaches to survival.

Play as hardened survivor Ransome, and take the fight to your enemies on the Sevastopol. Corporate Lockdown’s maps include the Sevastopol’s Corporate Penthouse and the Medlabs.

Play as Chief Medical Officer Lingard as you make your way through the Sevastopol’s medical bays in a race to destroy your research before it falls into the wrong hands.

Play as Deputy Marshall Ricardo as you scramble to set explosives throughout the Sevastopol’s Synthetic Storage and Prisoner Processing areas, so you can blast the Alien into space.

Safe Haven and Lost Contact each contain a large, multi-stage map for Salvage mode, in which you must complete a series of ten timed challenges… without ever dying.

You've found the only safe room on the Sevastopol, but supplies are running out. You’ll need to venture into the Gemini Systems and the Bacchus Apartments to recover more.

The Sevastopol has become a hazardous place, and you’ll need to improvise to survive. Scour the Lorenz Private Wards and the Emergency Power Plant in your search for additional resources. 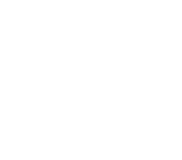 Alien: Isolation, Alien, Aliens, Alien 3 TM & © 2014 – 2015 Twentieth Century Fox Film Corporation. All rights reserved. Twentieth Century Fox, Alien, Aliens, Alien 3 and their associated logos are registered trademarks or trademarks of Twentieth Century Fox Film Corporation. Alien: Isolation game software, excluding Twentieth Century Fox elements © SEGA. Originally developed by The Creative Assembly Limited. Developed for and published on Linux and the Mac by Feral Interactive Ltd. Creative Assembly and the Creative Assembly logo are either registered trade marks or trade marks of The Creative Assembly Limited. SEGA and the SEGA logo are either registered trade marks or trade marks of SEGA Corporation. All rights reserved. Linux® is the registered trademark of Linus Torvalds in the U.S. and other countries. Mac and the Mac logo are trademarks of Apple Inc., registered in the U.S. and other countries. Feral and the Feral logo are trademarks of Feral Interactive Ltd. All other trademarks and copyrights are the property of their respective owners. All rights reserved. Without limiting the rights under copyright, unauthorised copying, adaptation, rental, lending, distribution, extraction, re-sale, renting, broadcast, public performance, or transmissions by any means of this Game or accompanying documentation or part thereof is prohibited except as otherwise permitted by SEGA.