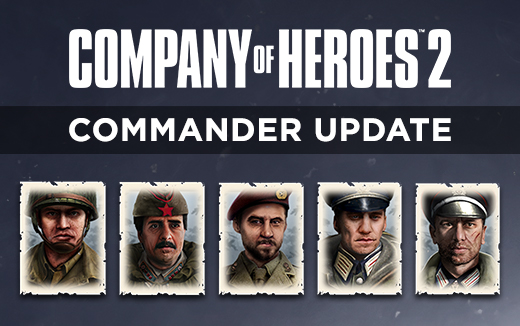 The ever-popular WWII strategy game has been updated with five new Commanders, each connected to a Doctrine, Regiment, Company or Army:

Advance to the game’s official blog for more intel on the Commanders put forth by the always-on Company of Heroes community.

Update your game now, or buy Company of Heroes 2 from the Feral Store, Steam or Mac App Store.