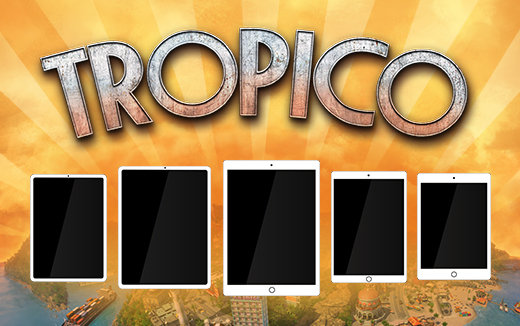 Extra! Extra! Read all about it! El Presidente unveils supported devices for Tropico for iPad

In an attempt to calm growing speculation, El Presidente has today confirmed Tropico’s support for a wide range of iPads.

Tropico will run on any iPad Pro, any iPad released since 2017, and requires iOS 12 or later. You will also need 3GB of free space to install the game.