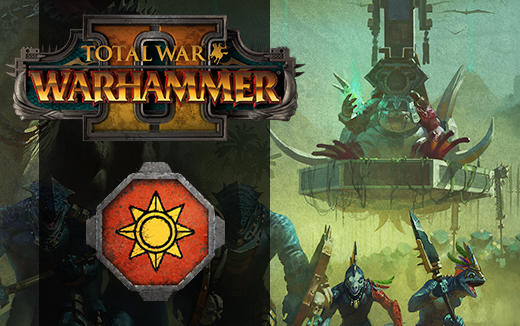 Meet the warring Races of the New World — Lizardmen

Command one of five imperious Races from Warhammer Fantasy Battles, and mount a campaign of conquest to save or destroy the New World of WARHAMMER II.

Lizardmen are natives of the temple-cities that tower over the southern jungles of Lustria and the Southlands.

The two subfactions of Lizardmen, are each led by a different Legendary Lord with their own quests and abilities.