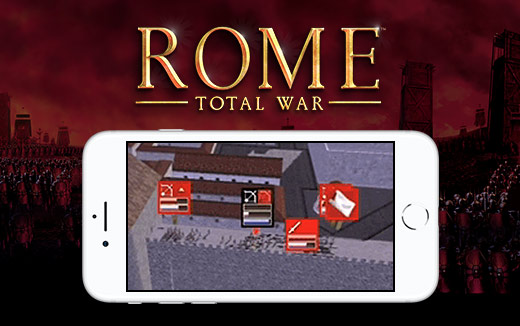 In the real-time clashes of ROME: Total War, your screen becomes a battlefield of marching legionaries and sweeping chariots.

On iPhone, status boxes will appear above engaged units, helping you make informed tactical decisions in the heat of battle. The status boxes show:

Rome wasn't rebuilt in a day… but you can enjoy its construction. Expect further reveals of new features being developed for your iPhone, culminating in the launch of ROME: Total War this summer.

Watch the trailer for a wider view of this glorious Total War classic on mobile.