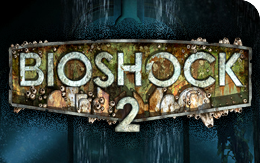 The Mac is Reborn into the Rapture Family

In 1951, Andrew Ryan built the underwater city of Rapture, a utopia where the great were not to be held back by the weak. Then, Big Daddies were the enemies.

It's now 1968, and the ruined city is controlled by the Rapture Family, a cult who believe in equality at any cost. Now, you are a Big Daddy, and your enemies are those who wish to turn your beloved Little Sister, Eleanor, into a tool for the Family's twisted ideals.

Emerging from beneath the waves today, BioShock 2 for Mac returns players to Rapture, the most captivating game world ever created. To begin your search for Eleanor, grab the game today from the Feral store, Gamersgate, MacGameStore, Macgames.fr or the Mac App Store.