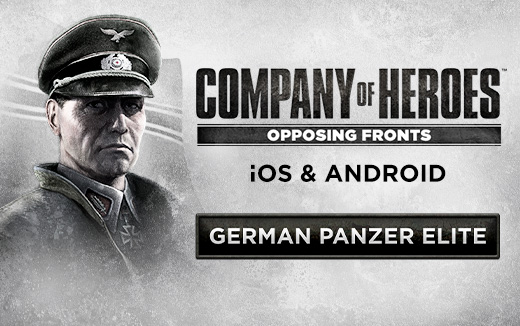 The upcoming Opposing Fronts expansion adds two new armies to the World War II strategy powerhouse Company of Heroes: the British 2nd Army and German Panzer Elite, each with their own full-length campaigns.

With the Wehrmacht on the back foot after D-Day, mobilise the German Panzer Elite to push back the Allied forces in Operation Market Garden. With heavily mechanised forces specialising in speed and overwhelming firepower.

Opposing Fronts also adds the German Panzer Elite to Skirmish mode, where players can set up their own custom battles against the AI on a variety of maps, from tight-knit, do-or-die 1v1 battles to massive 4v4 conflicts.