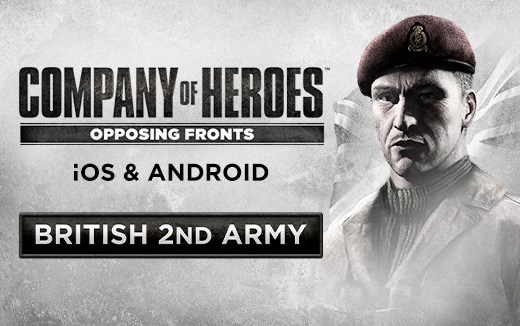 The upcoming Opposing Fronts expansion adds two new armies, each with their own campaign, to the World War II strategy powerhouse Company of Heroes: the British 2nd Army and German Panzer Elite.

In the Liberation of Caen campaign, lead the highly mobile British 2nd Army’s armoured assault on the French city following the Normandy landings. With their Mobile Command Trucks the British can deploy units and vehicles directly to the front line, including high-ranking lieutenants that bolster the effectiveness of nearby troops.

Opposing Fronts also adds the British 2nd Army to Skirmish mode, where players can set up their own custom battles against the AI on a variety of maps, from tight-knit, do-or-die 1v1 battles to massive 4v4 conflicts.