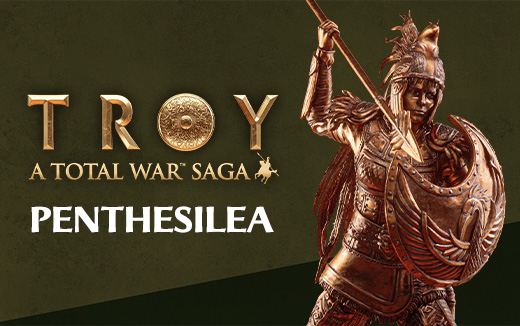 Meet the legends of TROY - Penthesilea

Sister of high queen Hippolyta, Penthesilea leads a fearsome horde of nomadic amazons seeking vengeance for the Achaean sacking of the city of Themiscyra. While she puts down no roots and holds no territory, Penthesilea and the sisterhood of warriors at her side are most at home on the battlefield.

Controlling the first landless faction in A Total War Saga: TROY, your aim is to raid and pillage the neighbours who threaten your sister’s lands. Supported by plundered wealth and with a vast army of battle-hardened warrior women at your command, it is within your power to make sure that Troy’s enemies rue the day they crossed the Aegean Sea.