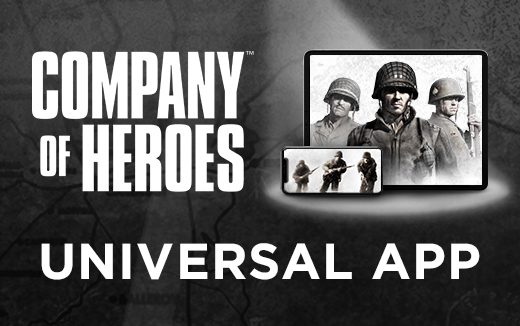 Company of Heroes will become a universal app once its fast-paced, squad-based tactics arrive on iPhone. That means if you already own Company of Heroes on iPad, you’ll be able to download the iPhone version for free.

Thanks to save support via iCloud, campaigns can be shared between devices, allowing you to lead the D-Day invasion of Normandy from your iPhone before driving back the German Wehrmacht from your iPad.