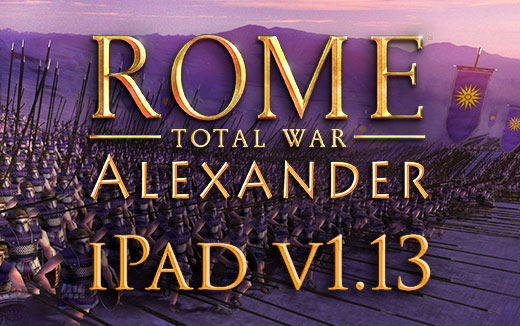 ROME: Total War - Alexander for iPad has been updated with all the extra features and functionality of the new iPhone and Android versions, including:

Update Alexander to reequip your armies, or buy from the App Store to issue your first orders.